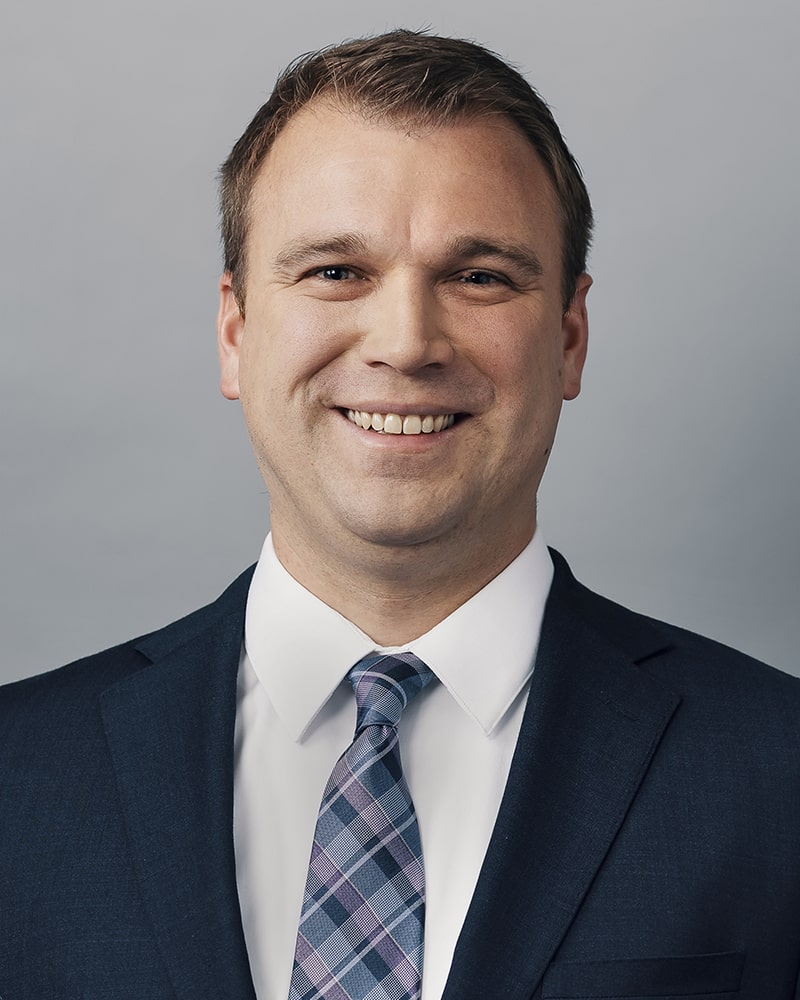 An experienced personal injury defense attorney, Patrick handles issues of occupational exposure, emotional distress, economic loss, and past and future medical care. He advises Baty Otto Coronado Scheer’s government agency and school district clients on a variety of claims involving issues of sovereign immunity. He also advises these clients in the areas of employment law and best-retention practices. Patrick works with clients in contract law and business disputes, including those involving entity formation and lease agreements.

Patrick, now a partner, began working at the firm during his undergraduate studies at Northwest Missouri State University and continued as a clerk through law school. Patrick attended the University of Missouri-Kansas City School of Law where he made the Dean's List and served as a law school emissary, holding various leadership positions involving recruitment, fundraising, and special events.

Patrick has assisted in defending multiple claims in court and arbitration that resulted in findings in favor of the firm’s clients. He recently served as second chair in an arbitration in which his client prevailed over an opposing party who sought more than $14 million in damages and more recently served as second chair in a jury trial obtaining a defense verdict in which the opposing party sought $1.2 million in damages.  Last year, Patrick obtained a directed verdict in favor of his client in a personal injury claim.